Before you is a little Renaissance Man, albeit in an odd combination of Tibetan Buddhist and Pirate garb. He goes by the title “Maraguzzi.” (pronounced: mara-gootz) 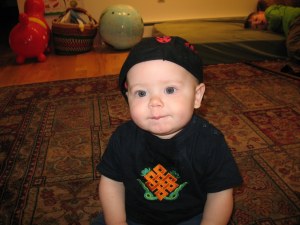 He is something of a literary nut. He *loves* books of all sorts, especially ones with paper pages that are rippable, and edible. So, most books, really. 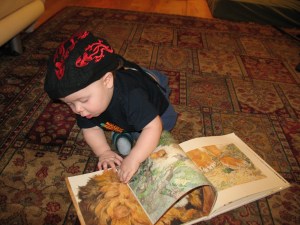 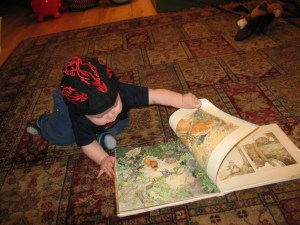 Here he reads a book.

And here, Maraguzzi also conducts some very rigorous repeated trials of an experiment on angular momentum he’s been conducting lately.

And the family celebrates with T K L and R pancakes. (Also known as “Pan-Cock-a-doh-tays”) 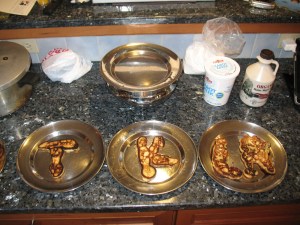 3 thoughts on “A Renaissance Man”