We arrived in Liberia, Costa Rica, around 10 PM. The airport was quiet but clean. Our first interaction was in renting a car from Alamo. It happened to be a Toyota HiLux. It felt kind of odd. 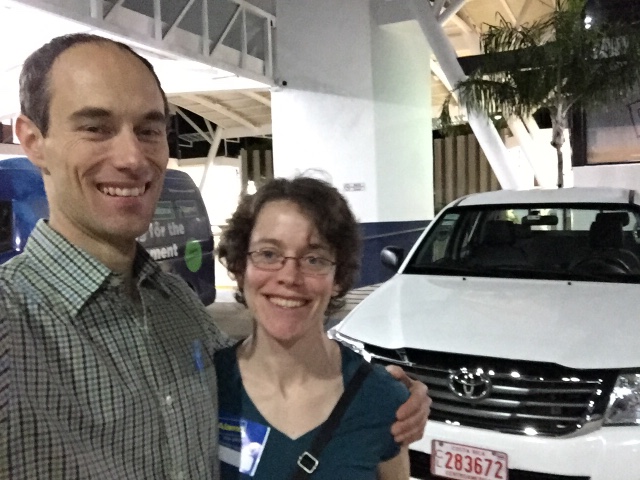 We drove 5 km to our hotel, and after being bossed around by the owner of the hotel about how to park our car we collapsed for the night.
On Saturday morning we drove inland to a waterfall, Llanos de Cortéz, near Bagaces. Although there were a few gringo tourists, most of the people relaxing at the waterfall were ticos (Costa Ricans). After refueling and collecting our things from the hotel, we began our drive cross the province of Guanacaste. 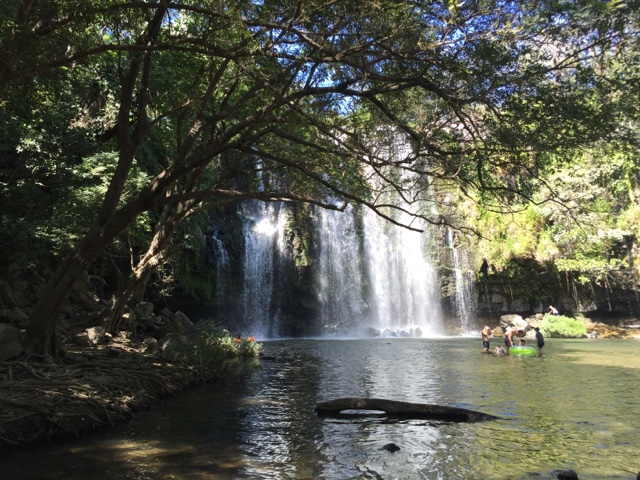 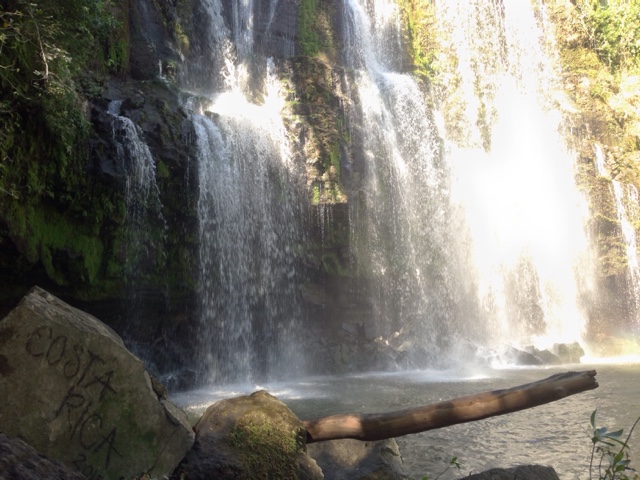 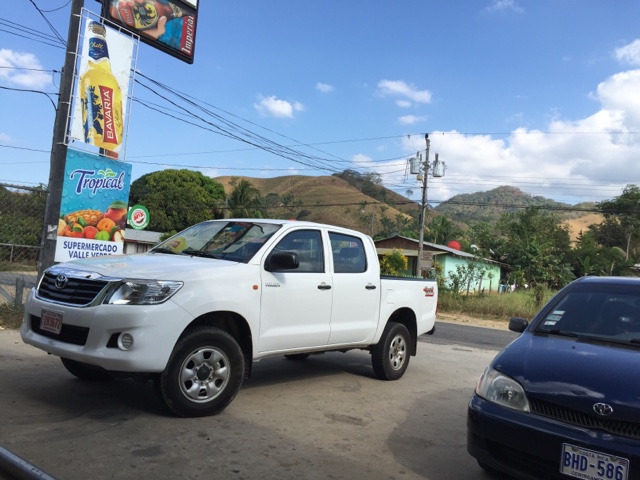 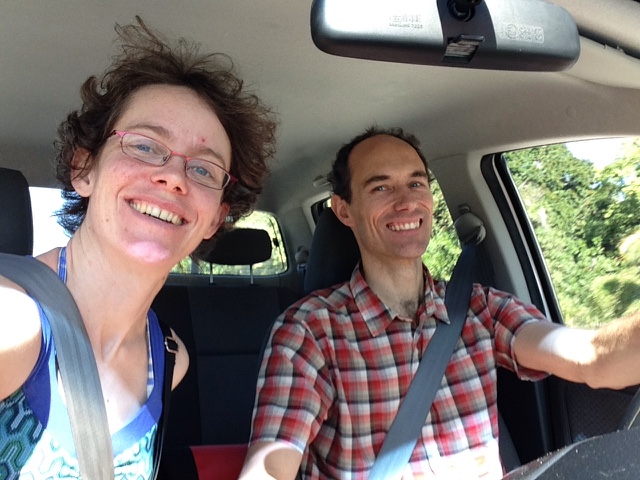 Two hours later we arrived in Sámara, A tourist beach town. We are staying in a small “breakfast and coffee” with beautiful casitas (small houses). From our porch we can see mango trees and palm trees and banana trees and heliconia and an endless variety of other vegetation, as well as hear a number of interesting bird sounds and the surf. We can also hear cars driving by and the music of tourists and Ticos alike.