Skip to content
The kids had their last piano lesson with their teacher, Sierra, today. Well, last until we’re back in the States a year from now.

Reid has been playing less than a year (though since he was three, he’s been quietly playing with toys on the floor next to the piano while Liam and I practiced–perhaps there was some osmotic learning going on there). There have also been some moments of him pretending to play along with his brother:

It’s been so fun to watch them learn (kinisthetic and spacial and harmonic and relational parts of the brain firing all at once) and to hear the music in the house. Liam has left me in the dust after three years of practicing, and Reid is quickly headed that way, though I learned a ton this second time round through Reid’s sheet music written with animal faces. C is a cat face, D is a dog, E is an elephant, etc. 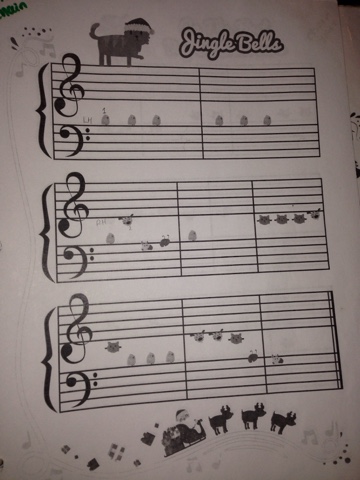 I wouldn’t mind if all music were written with animal faces.

Liam’s recital song–Off to the Races:

And another duet–Star Wars by Liam and his buddy, Bergen: