Skip to content
Liam always has grand plans for his Halloween costumes, something along the lines of what might be required in a big Broadway show. The artist and visionary in him really comes out in October. This year he wanted to be a character from Pokemon–Mega Heracross EX, which is a unicorn beetle, or something. The reality is that his visions with Halloween costumes are often actualized by we grown ups. This year, Tim did all the work. 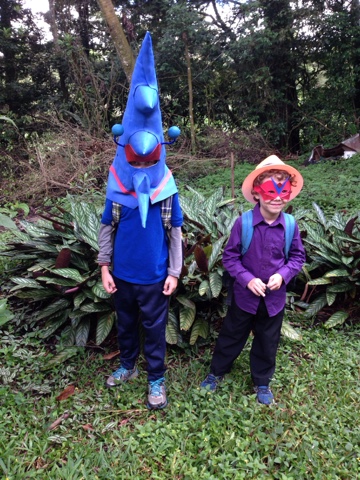 Reid, on the other hand, wants to waste no one’s time with costumes. I used to feel he was getting the short end of the stick as the second kid, but the guy is simply practical, and he’d rather play than finesse hat colors or detailing on gloves. This year, he said he needed a top hat and a cigarette–he was going to be a grown up–but when the school said they could wear costumes to school and that weapons (and presumably fake smokes) were not allowed, he asked for a mask and decided he was a super-hero gangster. So, there it is. The best kind of gangster. 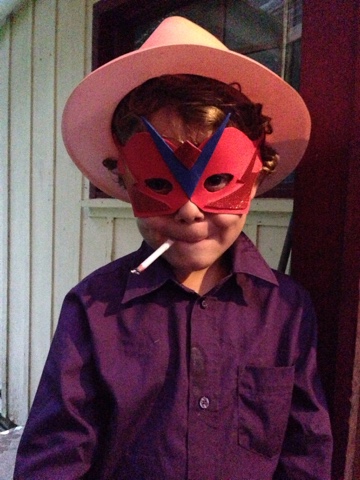 This year’s trick-or-treating happened in a butterfly garden at night. 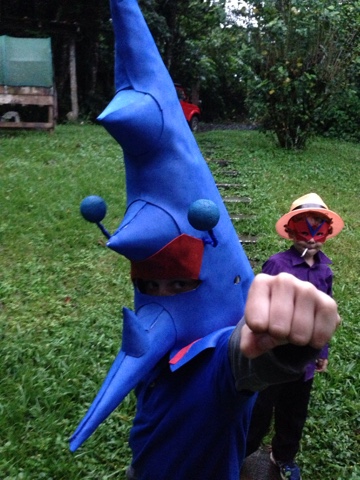