A couple of days ago our family arrived in our home in Davis, California, the town Reid was born in and where we started the entire family! Davis is a very special place for our family. I still have some great memories of our house in Solano Park and the rest of Davis. Here are some memories I’ve managed to retain.

I remember my third birthday under a tree in the community gardens . This time when we visited the community garden, Mom and Dad mentioned that it was smaller, but it was still pretty. I climbed up onto the branches of the tree and had a few pictures taken there. It looked like some other people had used the tree as a special place: there were ladders and hay bales for chairs.

Also in Solano Park I remember having (I know this is a weird memory) my first lime popsicle. We had it at a table at what I thought was a popsicle party with Deepa and Anand…or something like that.

I also remember chasing ducks across the lawn multiple times and having terrible nightmares about ducks pooping on the patio. (Ducks were the worst).

I also remember playing on the playground—maybe with Talha—on the swing bridge. It and other pieces of playground equipment were quite terrifying, but now they feel as if they’re designed for a younger kid.

Now as a twelve-year old I notice that the people in Davis—and really most of California—are much more talkative and social than in other places. In Maine when you see someone at the grocery store, you might exchange a friendly “Hey” or “How’s it going?” and then move on with your important business.

Davis as a town has some nice little features and aspects. For example, Davis food co-op is a community owned grocery store and has a really friendly feel to it. Like when, when we were waiting in line to check out our food, the guy at the check out counter was having a friendly conversation about his favorite type of mochi with the people in front of us. Outside there were musicians performing for the “International Make Music Day,” and in Davis we noticed at least three pianos sitting outside waiting for people to play them.

Overall, I love Davis and the memories it gave me and wish we could come back some time. 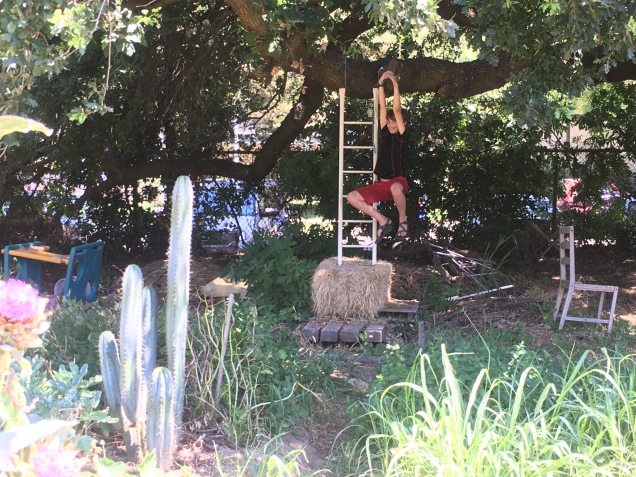 One thought on “Visiting Davis, California: Our Hometown”